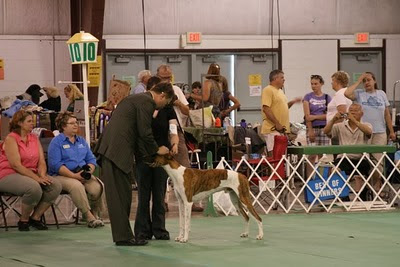 After a decent night's rest we woke up bright and early again on Saturday to get ready for the morning's conformation show. Terrier racing didn't start till 5:00 so it was nice to not have to rush around like we had before.

Our judge for Saturday was Robert Collins, the same judge that presided over us in the second phase of Top Ten. Considering Mr. Collins' lack of enthusiasm over Gil two days before I did not expect to do very well in group, and I was right. Gil again won Best of Breed but did not get considered for a group placement. Nevertheless, he showed very well and his mood was great so I was happy about that.

At terrier racing Beryl did us proud again with some excellent runs. She didn't end up placing very high but that didn't matter. We were just so pleased with her continued enthusiasm and strong running. Normally she poops out after two days but she was going stronger than ever. Opal was clearly getting stressed with all the strangers and distractions so we decided to scratch her from the rest of the racing for the weekend and just let her relax and enjoy a game of fetch in the evening. 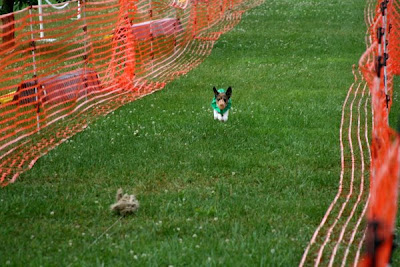 Leeroy ended up being the big winner of the day by taking home an Overall Fastest Dachshund award, along with some very nice prizes. 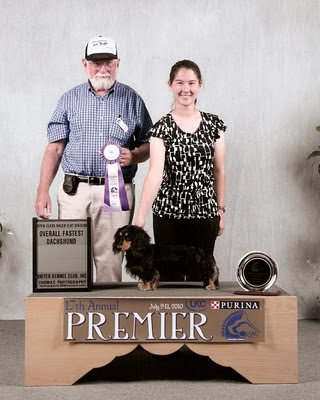 With just one more day to go we were feeling the strain of the long weekend and looked forward to finishing Sunday's competitions.
Posted by Stoutheartedhounds at 9:36 PM