I'm really late to post about this, but better late than never, right? 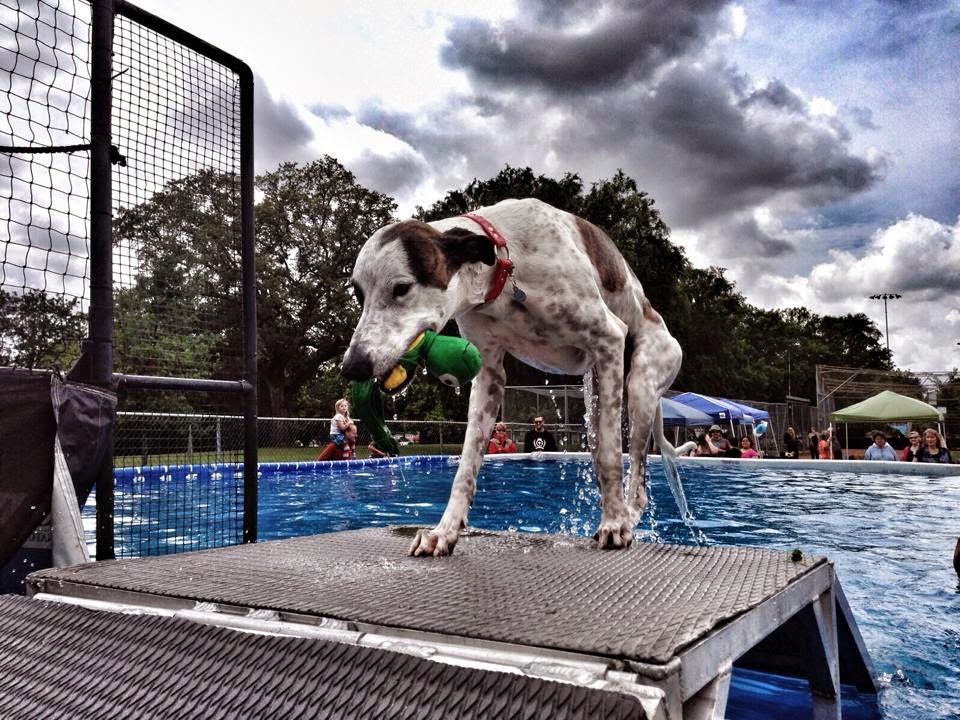 So, on April 26th we attended a large pet fair called Pet-a-Palooza, which is intended to be both a celebration of our pets and an opportunity to raise awareness of shelter dogs and adoption efforts. The event is sponsored by several local radio stations and features all kinds of events and performances, including dock diving. 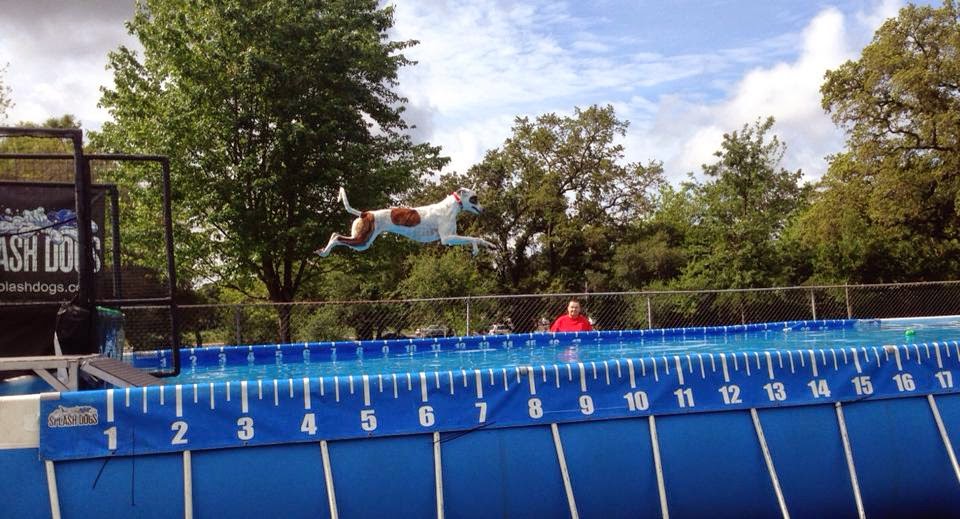 The days leading up to the event, we had been drenched by several rain storms and I was worried it might be too chilly for Pi to want to swim, let alone put in a good jump or two. I ended up being half right and half wrong. The day was overcast, so there was not a whole lot of sun, and the high temperature ended up being in the mid 70's. He was enthusiastic as always, and achieved a new personal best, but his endurance towards the end of the day really went down and I'm sure the weather had something to do with it.

There were three splashes, and I got a little ambitious and entered all three. Pi still has a tendency to hesitate right before he jumps, but even so he manages to jump pretty far. His first jump measured 14 feet 2 inches, just 2 inches further than the next longest jump in his division, which earned him a 1st place in Splash 1.


After the first splash I toweled him off and went to explore the rest of the fair. There were tons of vendor booths handing out free samples of dog food so I quickly visited as many of those as I could, and also grabbed some lunch. After I was done cramming a tri-tip sandwich down my face we headed back to the dock just in time for roll call for the second splash. I never know what possesses Pi to pull off new personal bests, but he really went the extra mile and jumped 15 feet 6 inches! The funny thing about personal bests is that while they are exciting they also frequently bump your dog into a different jump division, which often means you get a lower placement overall. By jumping 15 feet, Pi moved up to the Senior Division and placed 7th overall for that splash. 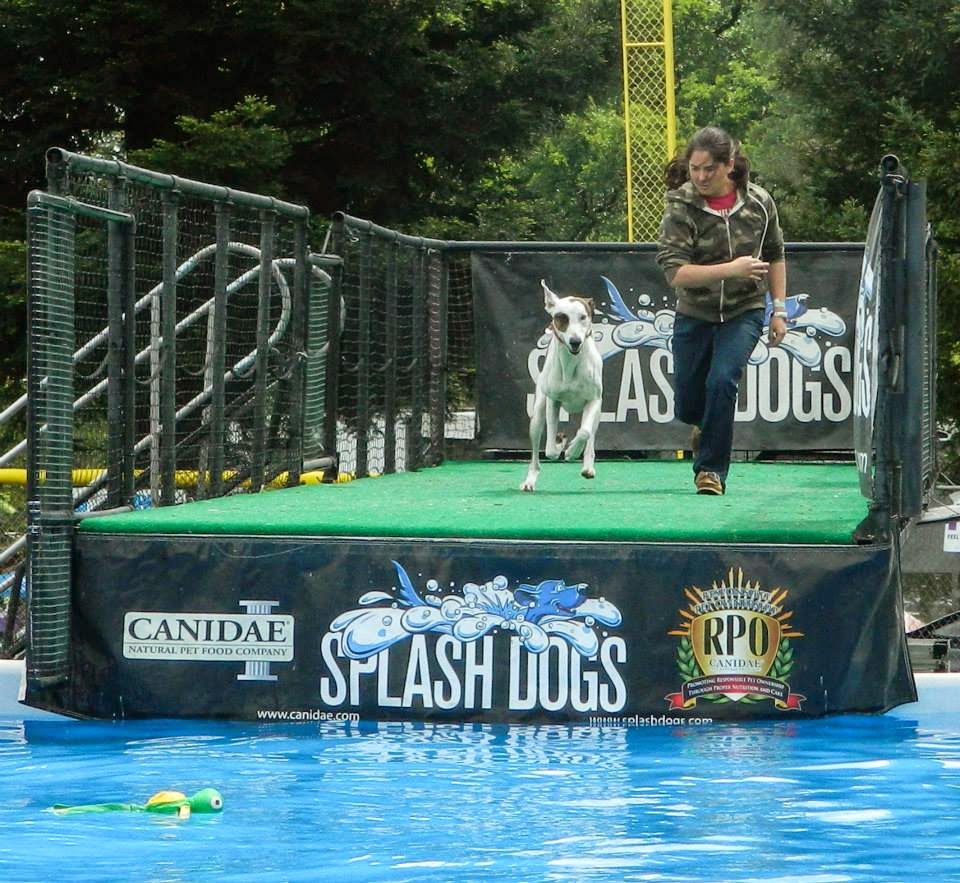 For the third and final splash, I could tell that Pi was getting cold and tired, but he still put in two good jumps, and placed 1st in his division with a 14 foot jump. I didn't even consider staying for finals given how tired we all were, although I really wanted to. There will always be other competition days, and with summer looming upon us there will be plenty of opportunities for better jumping conditions. Until then, I was happy to go home with two 1st placements and a new personal best; which is pretty sweet actually :-) 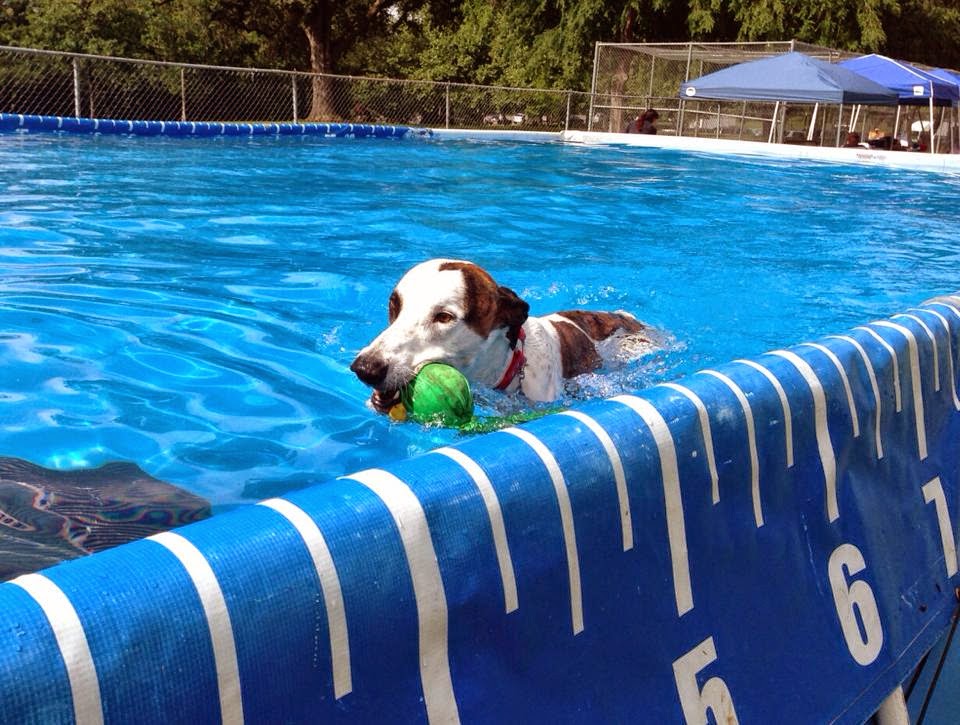 Posted by Stoutheartedhounds at 1:46 PM No comments:

Gil's image was just voted "Best in Exploring" on the Purina Pro Plan Facebook page. Every two weeks the editors of the Pro Plan page start a photo contest with a specific theme. Viewers are allowed to submit as many photos as they want for consideration, but only four are chosen for the final vote. My photo was chosen by a very narrow margin, as far as I can tell. There were some equally nice submissions, but in the end my photo of Gil took the prize. I think it's pretty exciting! And yes, he does actually eat Pro Plan dog food :)

Posted by Stoutheartedhounds at 5:45 PM 2 comments: