As promised, here is a video of Pesh's first rally run. She still has a lot to perfect, but it was a great first effort and her owner Jairi says that she improved with every run over the weekend. Well done Pesh and Jairi!

Posted by Stoutheartedhounds at 12:00 PM No comments:

On May 12th 2013, Peshamba became the first Magyar Agar to title in Rally Obedience! She and her person, Jairi, have been training hard for this moment and all their hard work has paid off! Pesh is now CH Stouthearted Babes in Toyland RL1. Congrats Pesh and Jairi on making breed history! In addition to making scores of 181 and 189 in her first two trial runs, she finished out her third qualifying run with a score of 200! I'm hoping there will be videos to share later, but for now, here's a photo of Pesh with her ribbon and new title medallion. 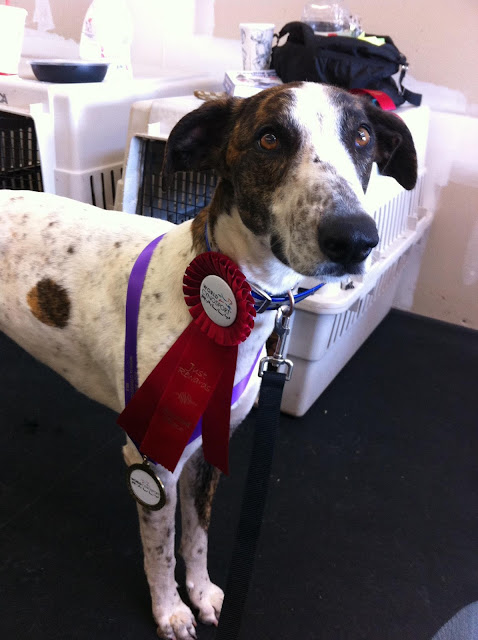 Posted by Stoutheartedhounds at 5:12 PM No comments: