Ok, three guesses as to where we are today. I'll give you a hint: 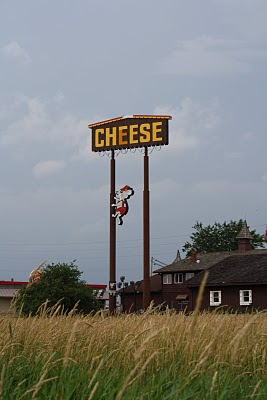 For those who guessed Wisconsin you are correct :) We arrived in a little city outside Madison around 6:00 in the evening after saying goodbye to our relatives in Indiana this morning. Our plan is to take the I-90 through South Dakota, Montana, Idaho, and Washington then take the I-5 through Oregon all the way home. 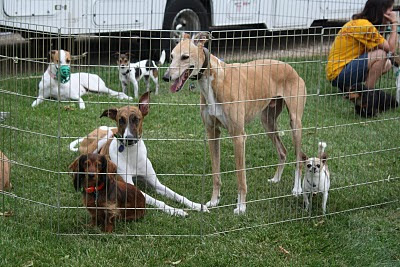 Picking up where I left off last time, after a scenic drive through Iowa on Tuesday we landed in LaSalle Illinois by early evening. I really liked Iowa, the picturesque farms were so pretty, it made me feel like I was traveling back in time. Corny, I know, but it's true. I was really excited when we drove through Madison County (the setting of one of my favorite movies) but unfortunately there were no covered bridges for me to take pictures of. 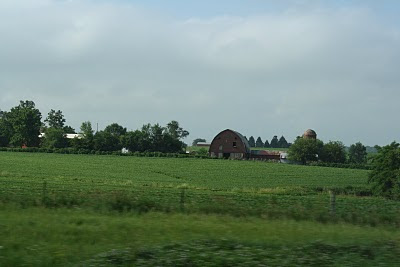 From Illinois we drove on to Richmond for the last leg of our trip to Premier. Indiana is in the process of remodeling much of their freeway system so we got caught in a merry-go-round of detours but finally made it to the Wayne County fairgrounds by mid afternoon.

Next time we'll have to plan to arrive earlier because by the time we got to the fairgrounds all the water hookups were taken. Fortunately there were still some electric outlets available so we were able to camp in a nice spot in between the terrier racing track and the show arena.

The weather was unbearably hot and humid when we arrived so we all hid inside the camper until night time. The only time I ventured out was to give Gil and Fecni their baths for the Top Ten competition the next morning.

By 5:30 my grandma and aunt arrived with a carload of supper for us; sloppy joes, potato salad, pie, chips, cookies and sweet tea. It was the first real meal we had since we left and it was great.

After dinner we fed the dogs and went to bed in preparation for our first day of competition ... 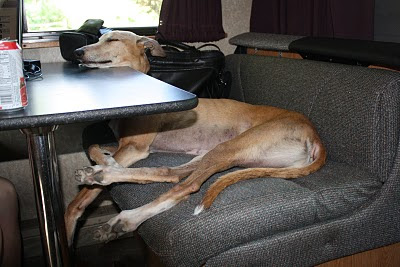 Posted by Stoutheartedhounds at 7:14 PM