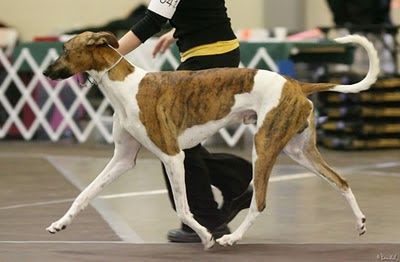 And now for the long-awaited update. Gold Country Hounds & Hunters held the largest UKC event to hit the California coast over Thanksgiving weekend. Six UKC shows combined with an NKC American Bulldog specialty, UKC weight pulling trial and Rally obedience fun match rounded out a spectacular weekend of good fun and competition. Five of the nine California MAs were entered into the UKC shows and one, Gil, was entered in both the shows and the weight pull.

The first day of showing saw what was quite possibly the largest sighthound entry ever in California UKC competition. Other hounds representing the sighthound and pariah group besides the MAs were the Afghan, the Pharaoh Hound, the Whippet, and the Portuguese Podengo Pequeno. Luna took Best of Breed in both shows and also took home a Group 1 and a Group 3. 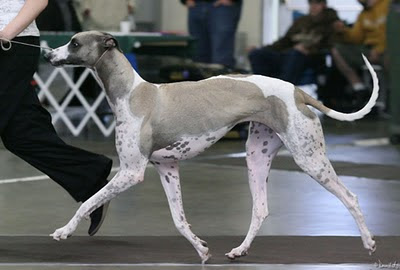 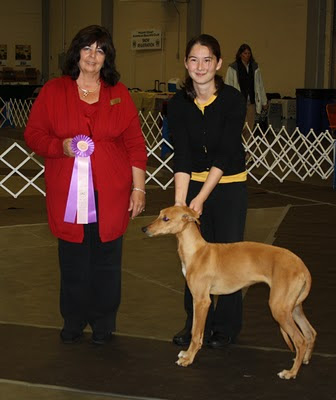 The next day was the first day of weight pull and Gil was going for a second try at a Total Dog Award. The conditions of the pulling chute were far from ideal so I was worried he wouldn't be able to pull a qualifying load. After a heavy rain/hail storm the previous night, pulling day was a cold and windy one. Despite the less-than-perfect conditions Gil put in 200% and made a qualifying pull. Now all he had to do was earn a first placement in the show ring. The first show of the day he took Reserve Best of Breed to Luna's third BOB win of the weekend; not enough to qualify for a Total Dog. He still had another chance in show 2 and after a long and thorough competition Gil pulled off a Best of Breed win and took home his first Total Dog Award! Gil continued his winning streak by taking a group first the same day. 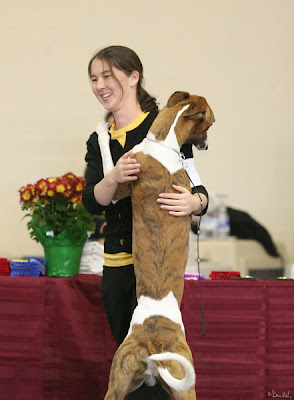 Day three Luna moved up to the Grand Champion class and earned one more BOB. Willow took home the second BOB honors as well as a Group 1. Luna came very close to winning her first BIS or RBIS but was edged out at the last minute. Oh well; one of these days she'll get her chance in the spotlight, we just have to keep on trying.

Overall it was a great weekend and definitely one for the record books. 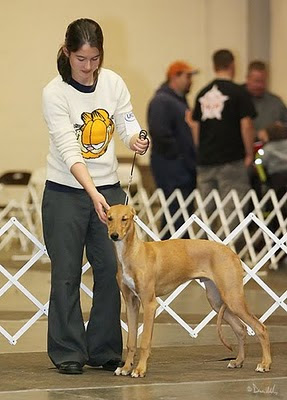 Posted by Stoutheartedhounds at 6:53 PM No comments:

Happy New Year to all! For those who are faithful readers of this blog I'm very sorry for the delay in getting new stories posted. There's a lot to report so please stay tuned for updates and news about the California MAs.
Posted by Stoutheartedhounds at 6:02 PM No comments: