It's been a hot October so far, but the boys and I have been itching to course some hares. We got lucky and found two; Gil and Pi got to run one, and Blackfoot the Dachshund got to run the other. It was already warm by 9:30, so we decided to head home. Hopefully the weather will cool down considerably in the coming weeks. 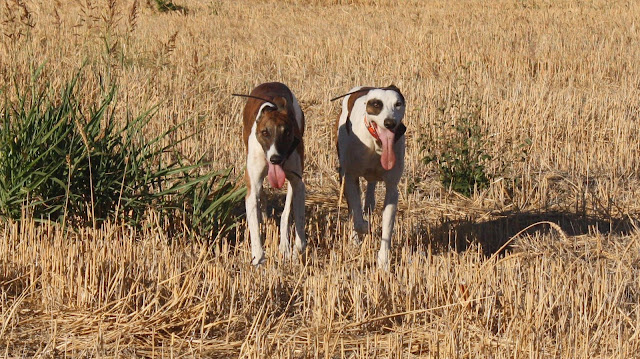 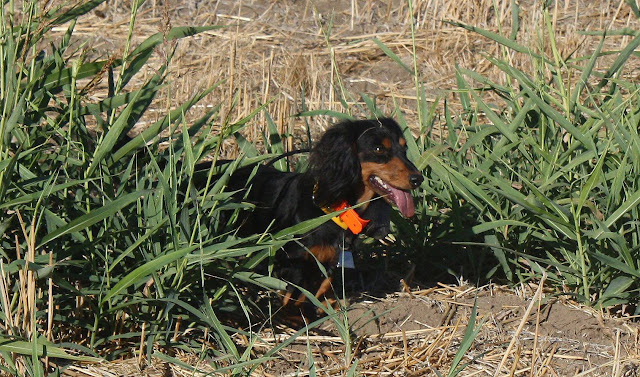 Posted by Stoutheartedhounds at 3:35 PM No comments: 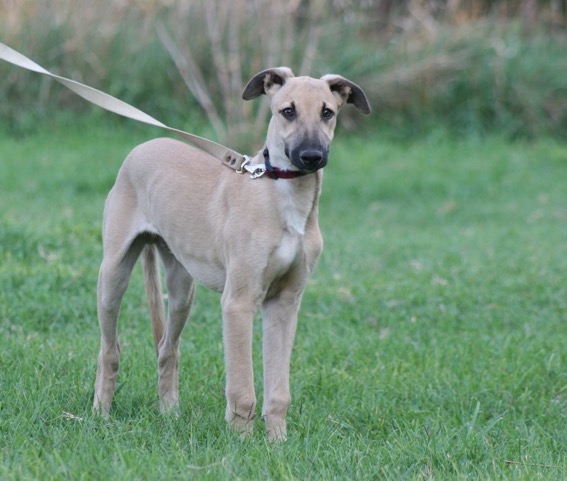 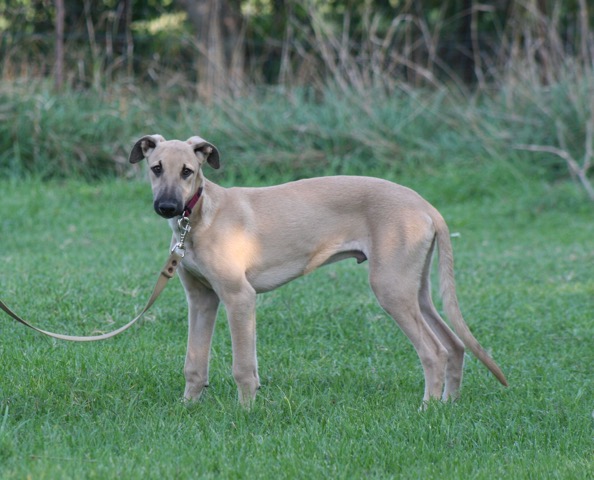 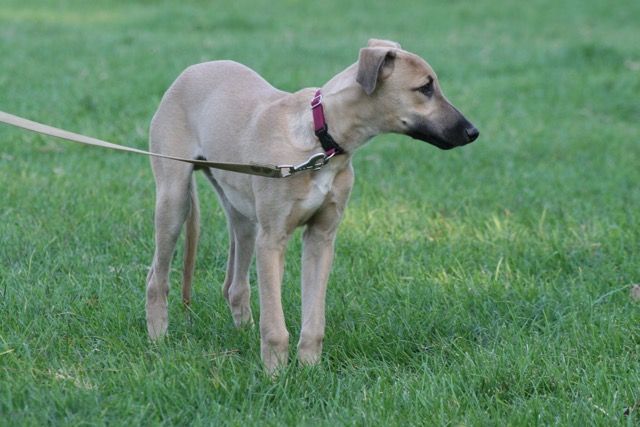 Posted by Stoutheartedhounds at 1:20 PM No comments:

Gil in red, Luna in white, Pi in green, and Gator in blue
Photo by Nolan Cromwell

Every year I look forward to the fall, because it's supposed to be the beginning of cooler weather and fun holidays. But all too often in California, September is just an extension of summer, and the weather this past weekend was no exception. Saturday's temperatures reached into the 90's, and on Sunday we only saw a bit of relief with temps in the mid 80's. 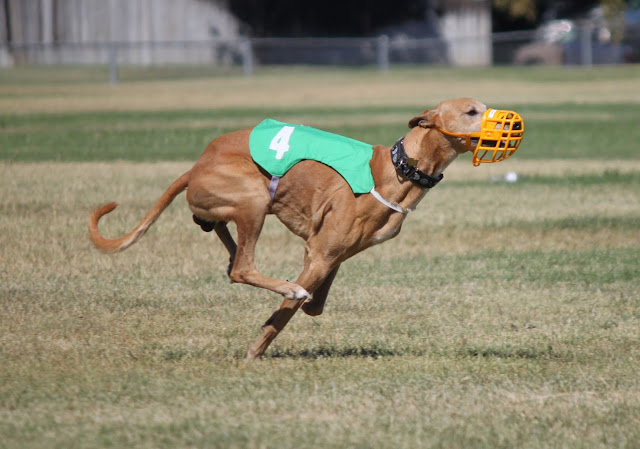 It was so hot on Saturday that we decided to scratch all our hounds after the first program of racing. In all we had 4 running in the LGRA meet, and 2 running in Singles. The finish for the one and only MA LGRA race was Pi, Gator, Gil, and Luna. The older hounds are definitely showing their age, but they still try hard. In Singles, Dude ran a time of 14.469 seconds, and Yumi ran 12.904 which was actually faster than Pi's run (but only by a fraction of a second). 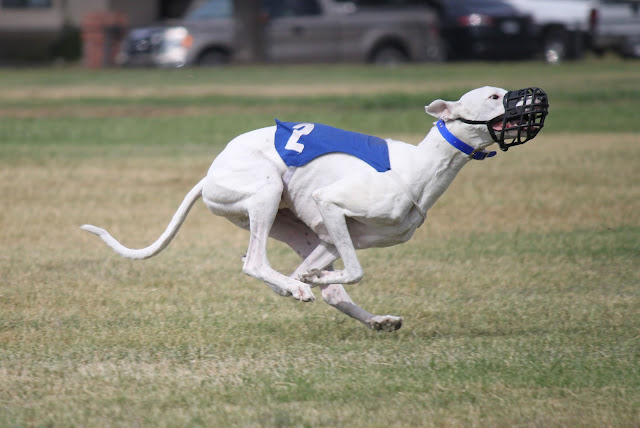 Yumi puttin' on the speed
Photo by Nolan Cromwell

I was so proud of Yumi, this being his first time behind a lure (that I know of). He was so excited watching the other dogs run and when it was finally his turn to go, he had the fastest time of the day. As keen as he was while running, he didn't pound on the lure once it stopped, so I was a little concerned about how focused he would be if he ran with other dogs. So I made the decision to keep him in Singles for the rest of the weekend. 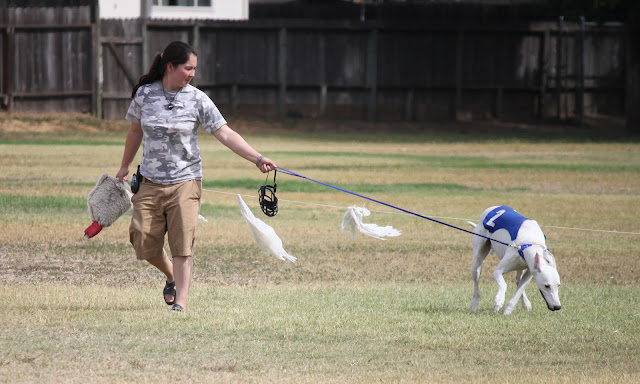 Walking the lure back
Photo by Nolan Cromwell

On Sunday, Rietsu joined us in lieu of Gator, Luna, and Dude. She has really found her fifth gear now that she's matured, but unfortunately she thought it would be more fun to play with Pi during the race than to actually chase the lure. So, it looks like she will be joining Yumi and Dude in Singles until she learns how to behave herself. Yumi ran 2 singles runs and improved his times from Saturday. His first run was 12.310 and his second run was 12.211! If I can get him qualified for LGRA there should be some very interesting races. 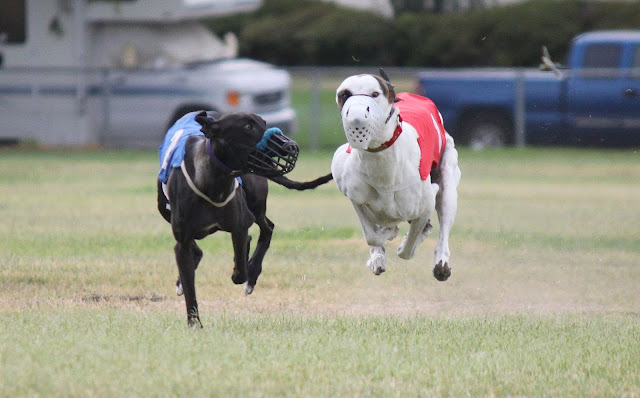 Although there were no actual injuries from racing, Gilly's old back injury was hurting him on Sunday so I scratched him after Program 1. Pi was a little foot sore for a couple of days after the meet, but he is back to normal now. Hopefully by the time Nationals rolls around we will have gotten more rain and the ground will be softer. 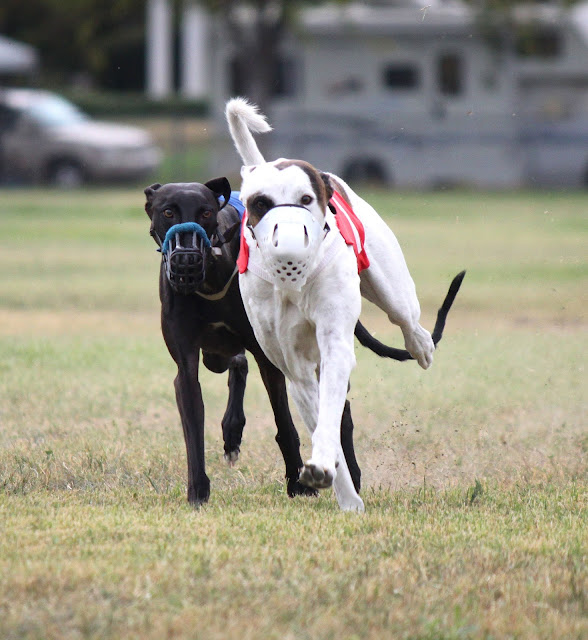 They are so cute together!
Photo by Nolan Cromwell

Posted by Stoutheartedhounds at 12:19 PM No comments: