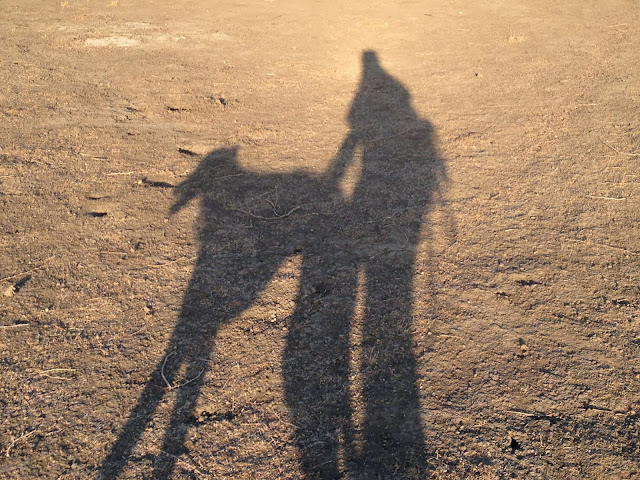 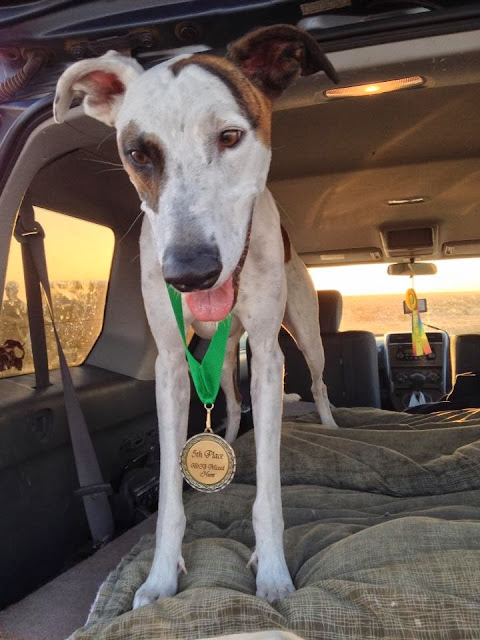 We managed to finish prelims, and with only about an hour and a half of daylight left we decided to call it quits. Once all the scores were entered and ranked, Pi ended up in a three-way tie for fifth place, for a grand total of 1.666666 mixed points. Ha! ;-)
Posted by Stoutheartedhounds at 11:27 PM No comments: 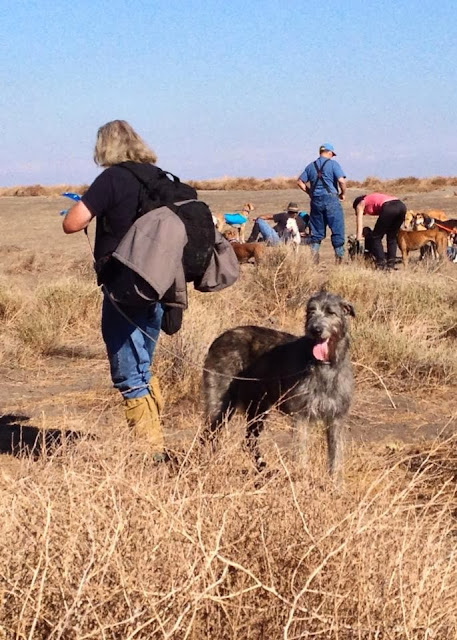 Ed and Rio the Wolfhound

On Sunday, November 24th, I took Gil down south for NCIWC's annual NOFCA mixed hunt. I've entered this event for the past three years; it's run by friendly folks and always has some good competition. This year it was especially memorable because Gil ended up taking 3rd place overall, giving him enough points to finish his NOFCA 500 Point Award! 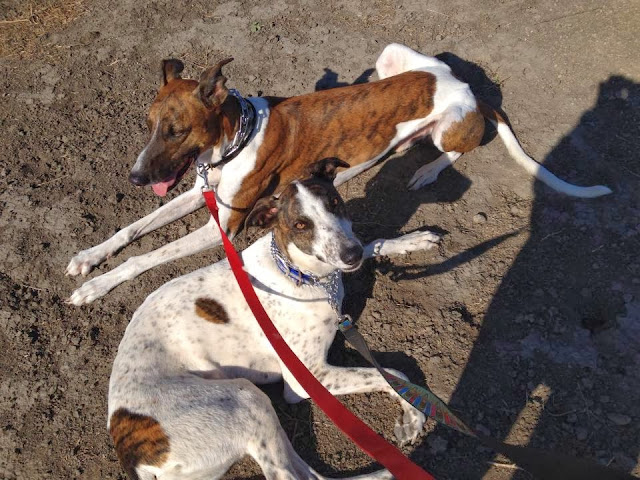 Gil and Pesh taking a short rest in between courses

We got to the field at sunrise and quickly checked for sheep before making our way in. Gil was lucky enough to draw the second course of the day, so he didn't have to wait long before his turn was up. Gil tends to get a little impatient, so it's nice if he can get his excess enthusiasm out early. 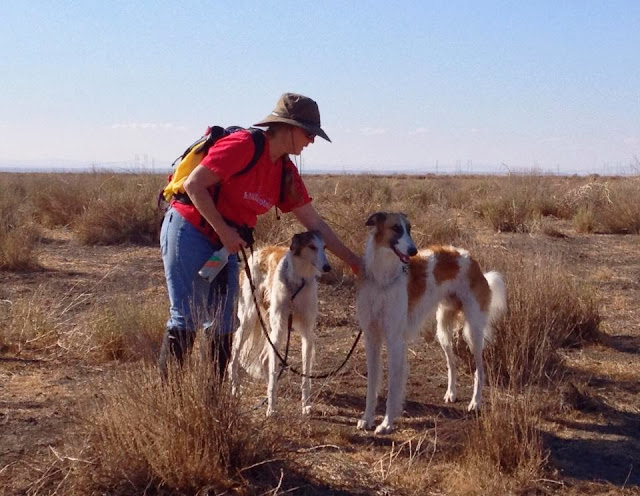 Linda with Layla and Chudak

Running with Gil was Maverick the Saluki, and Chudak the Borzoi. We were working along the edge of a canal road where lots of heavy tumbleweed cover tends to gather (rabbits like hiding in tumbleweed piles), when the rabbit sprang up from the clumps and started making a mad dash to the road. I couldn't see the rabbit, but Gil was pulling me like he was sighted so I slipped him, hoping he actually was sighted. Maverick had the advantage being on the far left near where the rabbit came up, while Gil and Chudak sort of collided, which slowed both of them down considerably. We were sure that it was going to be a no course given that two of the dogs had collided and the Saluki wasn't close enough to be able to get right up on the rabbit, but once Gil got up on the road where he could overlook the field below he was able to get re-sighted and took off after it with Maverick and Chudak following behind. Gil dominated the portion of the course that was visible from the gallery, and apparently he did enough to win the course. 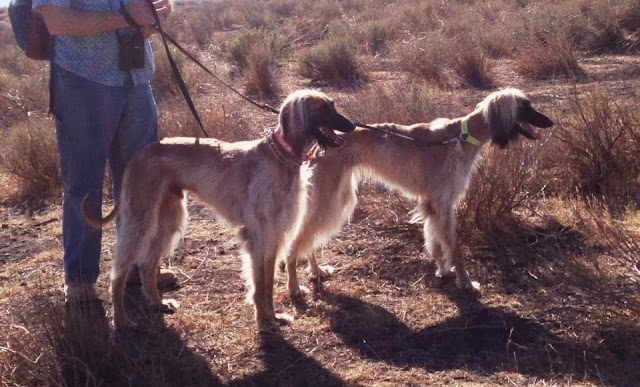 In his finals run, Gil drew Barossa the Whippet (a very fast Whippet, BTW), and LeeLee the Saluki who also happened to have the highest score coming out of prelims. We didn't have to walk far before we got a rabbit up at 3 o'clock cutting right across us. All three dogs got an even slip, but the timing was such that Gil and LeeLee collided, with LeeLee taking the brunt of it. Gil probably outweighs her by at least 30 lbs, so while he was slowed down a bit by the hit, LeeLee was turned ass over teakettle and stopped in her tracks. Barossa led the rest of the course, but Gil stayed pretty close behind her, which impressed me given how fast she is. 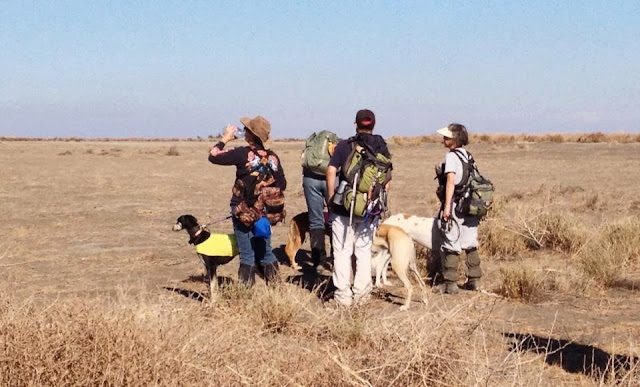 Thankfully, LeeLee did not suffer any lasting damage, but I felt bad about the collision just the same. We were so busy checking up on her that I had not noticed that one of Gil's front feet was very swollen when he finally returned from his final's run. I was petrified that he had torn the ligaments in his toes, or worse, suffered a dislocation, but upon closer inspection I found that he had a small puncture wound on the bottom of his foot, inside the webbing between the toes. The puncture was deep enough that some air had gotten under the skin, which was what caused the excessive swelling. He has since made a full recovery :)
Posted by Stoutheartedhounds at 6:35 PM No comments: