I decided I better get caught up on this blog before I start posting about Nationals, so here it goes! 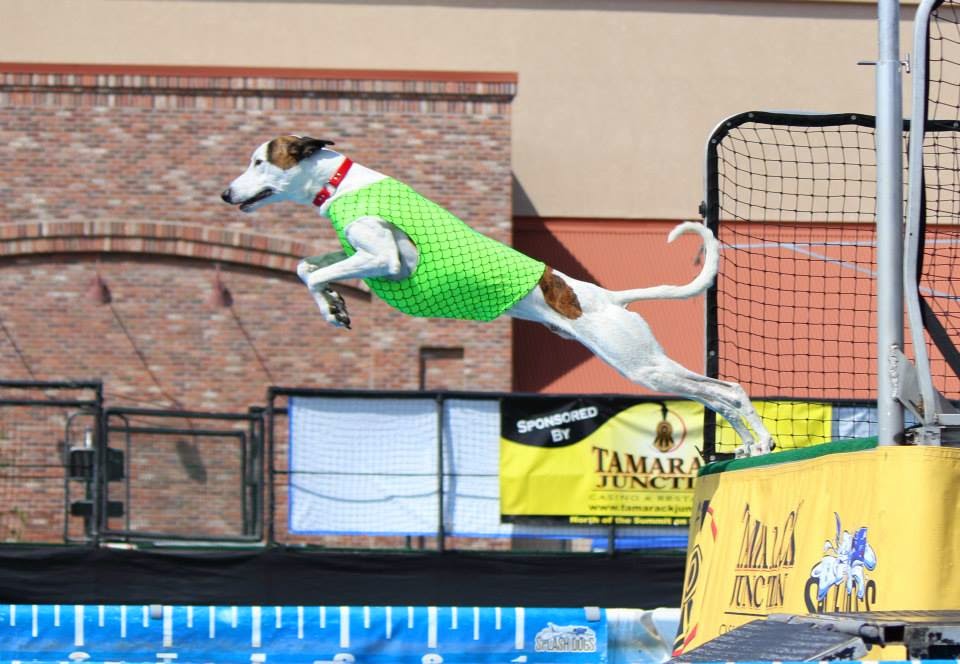 In September, Pi and I got invited to participate in the 2014 Splash Dogs National Championship. In order to qualify, the dog has to have five qualifying jumps within the same jump division for that calendar year; they then get invited to compete in that division at Nationals.

Pi's average jump this season landed him in Juniors division, which tends to be the most competitive division in Splash Dogs. Since we didn't get to go last year I really made it a point to go this year, because it was being held so close by (Reno, Nevada). I was a little bit concerned about the weather being too cool for Pi's liking, but temperatures in September tend to stay within the "summer" range, so I figured it was still worth going. 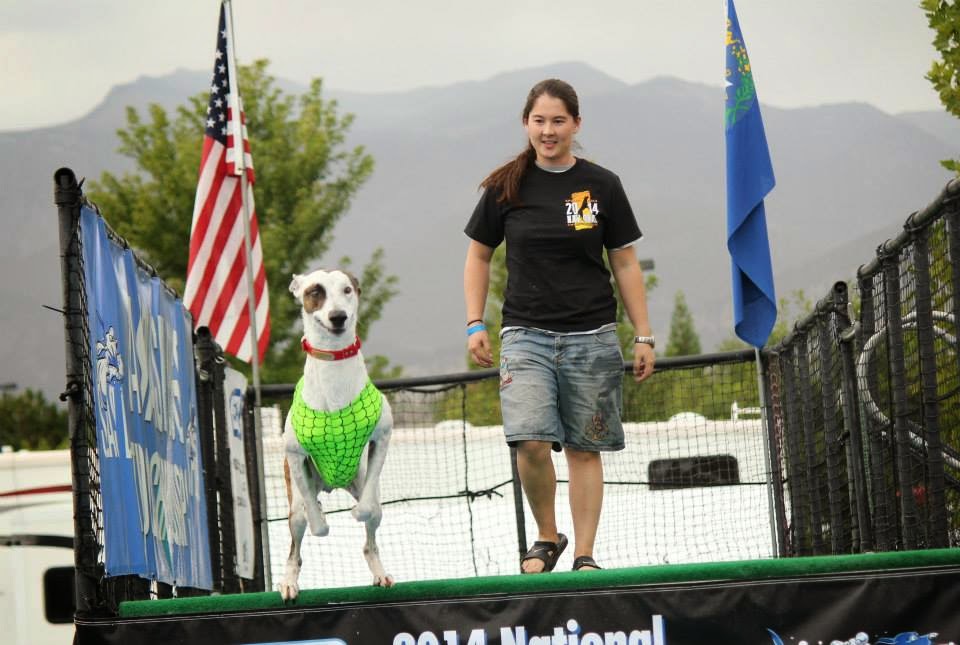 Pi and his silly jumping faces!
Photo by Kristin Beitzel

The National Championship is structured to take place over two days. The first day, each dog gets to attempt two semi-final division jumps. The second day, only those dogs who placed within the top half of their division get to return for finals where their highest scoring jump then gets used to determine final placements. Generally speaking, the days are scheduled from lowest division to highest division, with the lower divisions jumping earlier in the day. So, that gave us plenty of time to make the drive over the border on the morning of the first day (we weren't scheduled to jump until about 11:00am). I loaded up the car into a special Baby Pi limousine and off we went!

The weather report for Saturday morning predicted a high of about 75 degrees, which is a little on the cool side for Pi's tastes, but not too cool for him to enjoy the day. When we arrived it was sunny and warm, and I was feeling good. As soon as we pulled in I made a quick trip to the registration table to check in, then I got Pi out to let him potty and stretch his legs. We got there with about an hour to spare so there was plenty of time to warm up. Most dock diving competitors like to do warm up jumps before their real jumps, but I have found with Pi that it's best not to give him too much time on the dock before his official turn is up, unless it's at least 90 degrees outside. So I walked him around and let him watch the other dogs jump, which always gets him really excited. 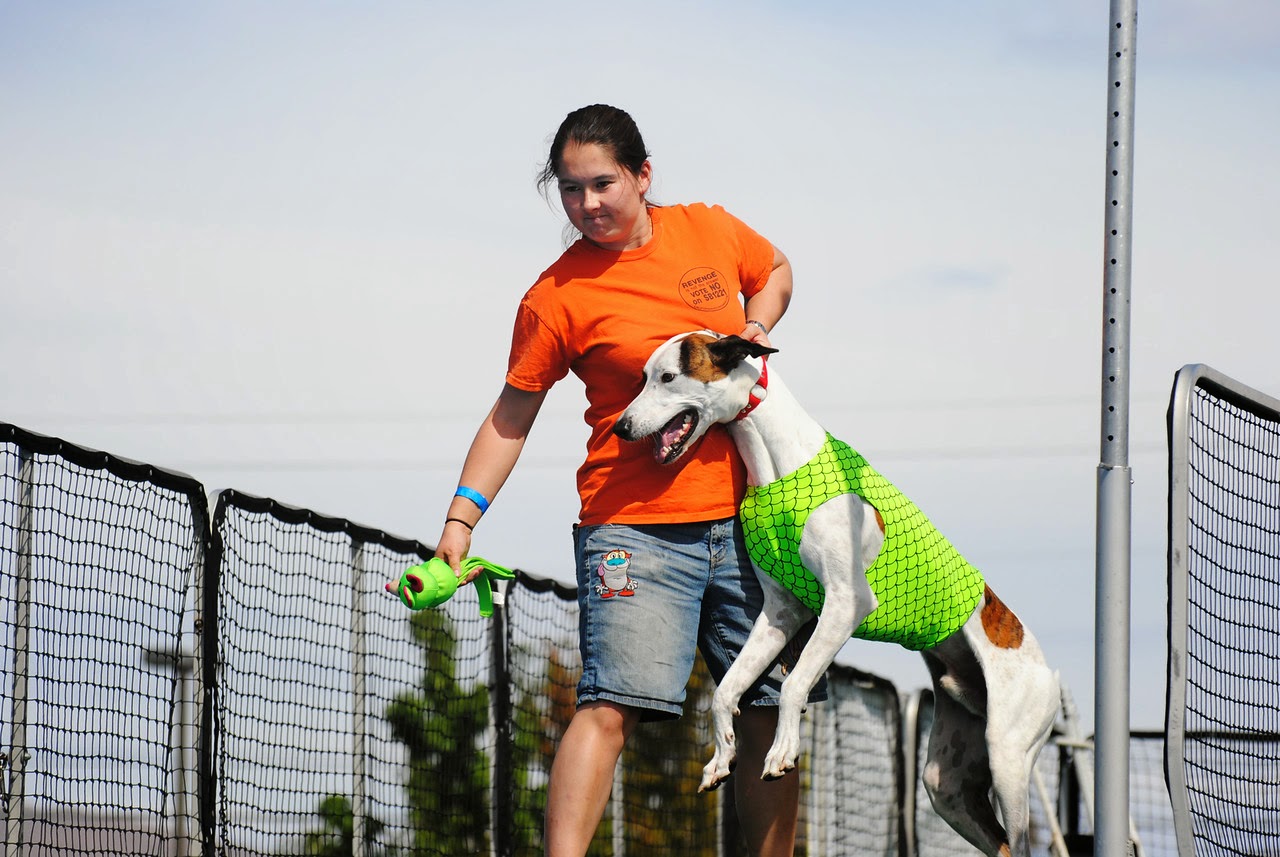 Pi giving me a workout
Photo by Celeste Schmidt

There were about 24 dogs in our division at roll call, and Pi drew an early jump time in the line-up. His first jump he hesitated before leaving the dock (I had hoped we were past that, lol), but his second jump was a solid 16 feet, which put him outside of the junior division and gave him a great chance of making it into the finals competition. Sure enough, he wasn't the only dog who jumped out of the division that day, but he ended up with the highest semi-final junior division jump and a spot in finals the next day! 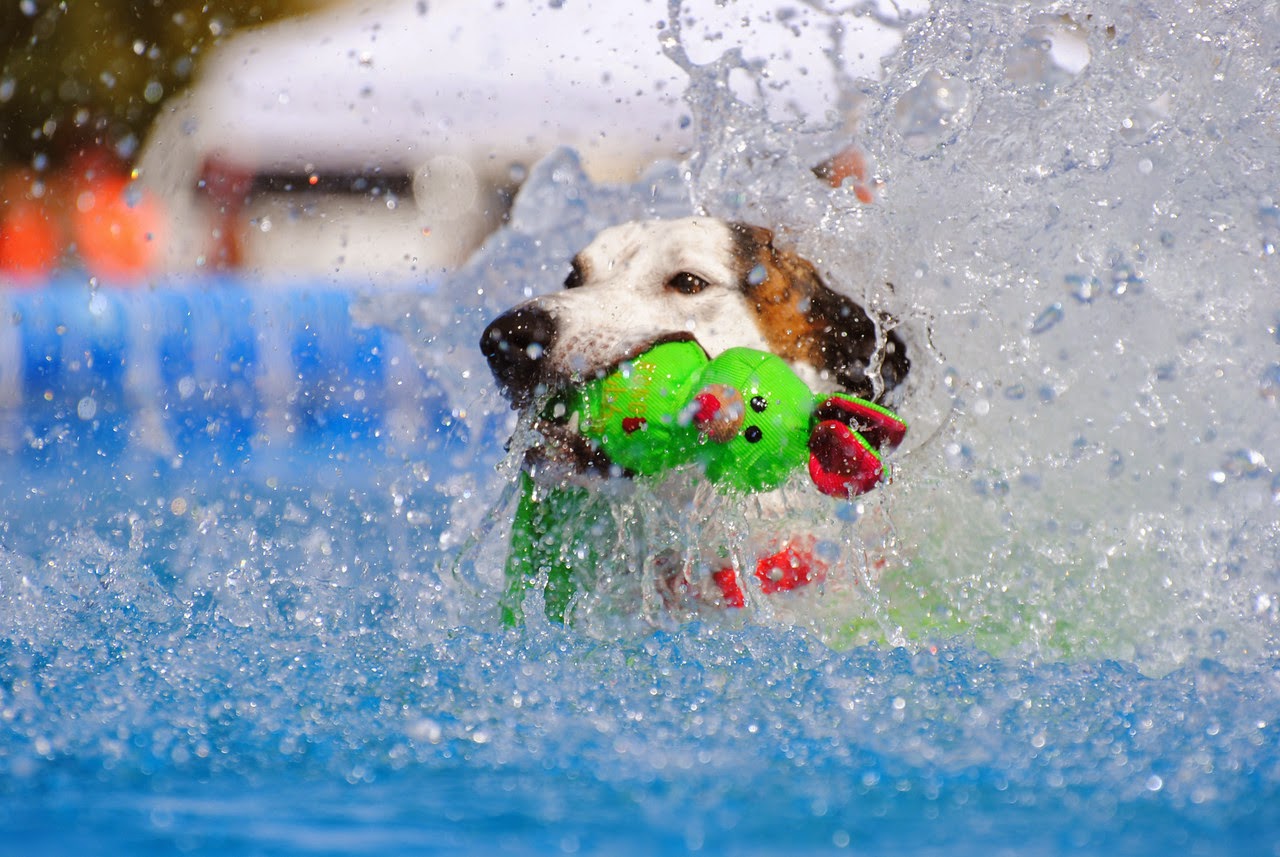 The weather forecast for Sunday was not looking good (high temperature in the high 60's and possible rain), but I decided to take a chance and stay on. So after a restless night in a motel we headed back the next morning. As I had feared, it was pretty cold on Sunday morning, and Pi hesitated before every jump, but he gave it his best sighthound effort and ended up placing 10th overall in the junior division finals. At the awards ceremony I was also pleasantly surprised to find out that Pi was the #1 Junior Division Dog for the 2014 season! They gave us a beautiful little plaque to commemorate the achievement as well as a lovely rosette for his 10th place finish. While it was definitely not his best performance ever, we still had a great time meeting with friends and getting to spend one-on-one time together. And with that was the end of our dock diving season. See you all next summer! 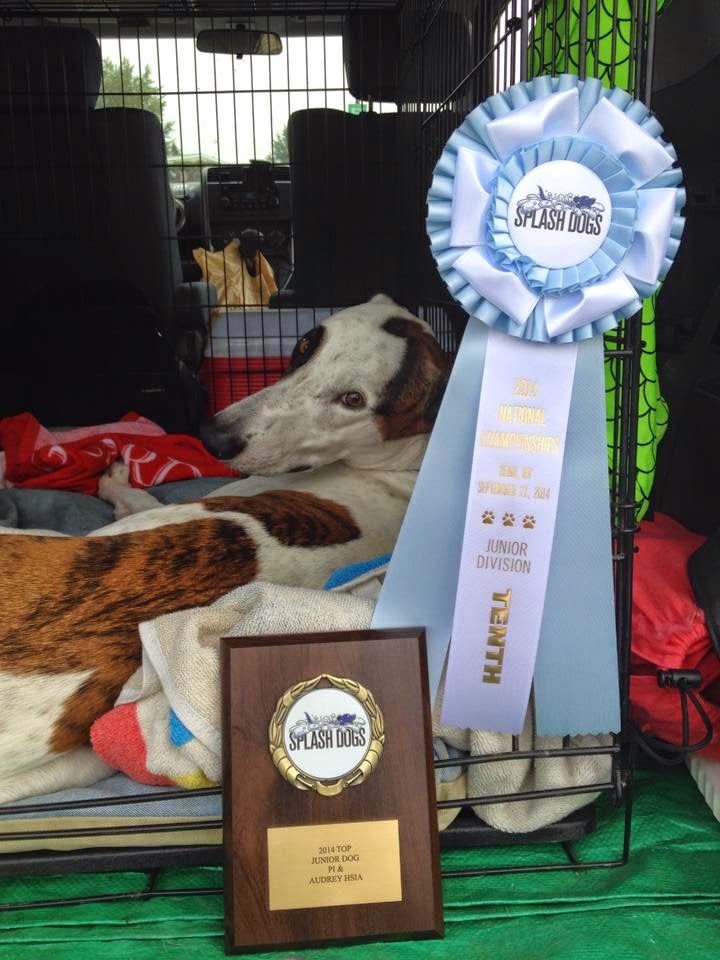 Posted by Stoutheartedhounds at 5:57 PM No comments: