Gil and Fecni attended four UKC shows in December and both did very well. I finally got the show pictures from the photographer so now I can put up an official report.

For those who may not know, with UKC shows there are usually two shows per day so on any given weekend there can be up to four separate shows. 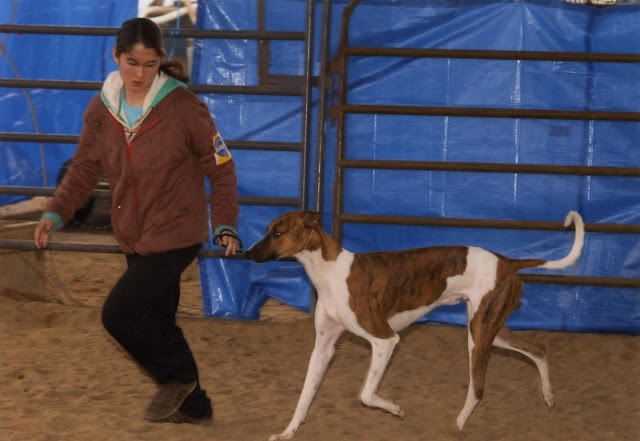 Anyway, on Show Day 1, Gil was entered for the very first time in the Champions class. He ended up winning a Best of Breed in the first show but was beat by a very nice Afghan in group (the Afghan ended up winning Best in Show that day). Despite his loss, the judge commented that it was a very tough decision between the two dogs. On Show Day 2 he won back to back Best of Breed and Best in Group awards giving him a total of 7 Top Ten points for 2008. 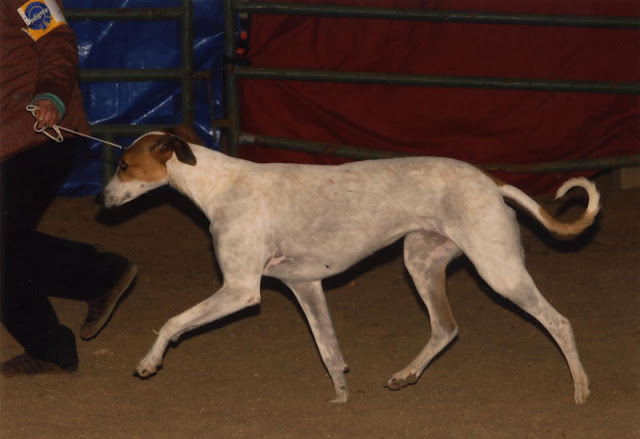 At the second show on Day 1, Fecni wowed us by winning her very first Best of Breed AND a Group 1! The wins also earned her her very first Top Ten points. Needless to say we were thrilled!
Posted by Stoutheartedhounds at 8:12 PM