Season's Greetings (no, the other kind) 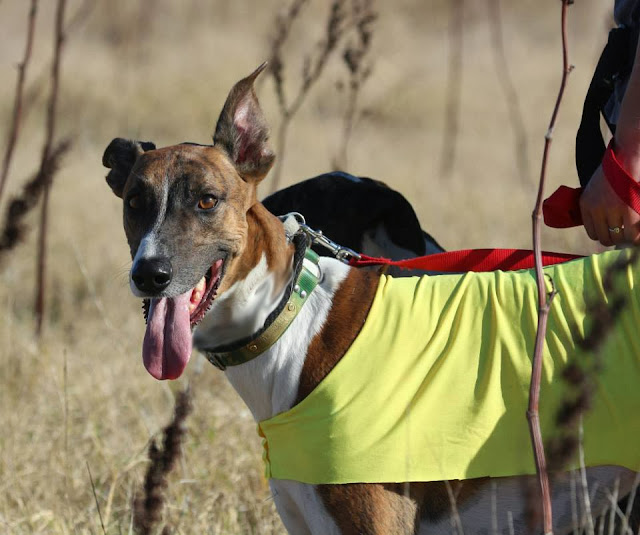 The 2013/14 coursing season has begun, and three of the Stouthearted Agars attended the California Rarebreed Association's first meeting of the year on Saturday, November 9th. The event was memorable in that we had one of the largest entries in recent history, including a complete stake of five Pharaoh Hounds! Unfortunately, it will also go down in my memory as one of the most disappointing coursing events I have ever attended. 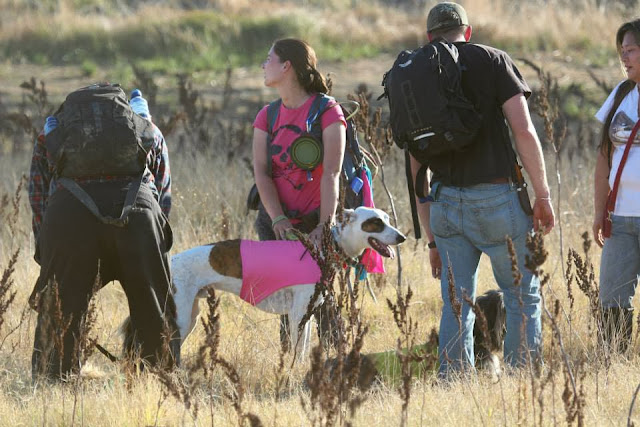 The weather forecast indicated that temperatures would hover around the low 70's, but with little to no breeze the entire day and no clouds to cover the sun, the ambient temperature felt closer to 80-some degrees. That, combined with swarms of mosquitoes and heavy/prickly cover made for an uncomfortable atmosphere, and short courses with little opportunity for the dogs to actually work the hares. 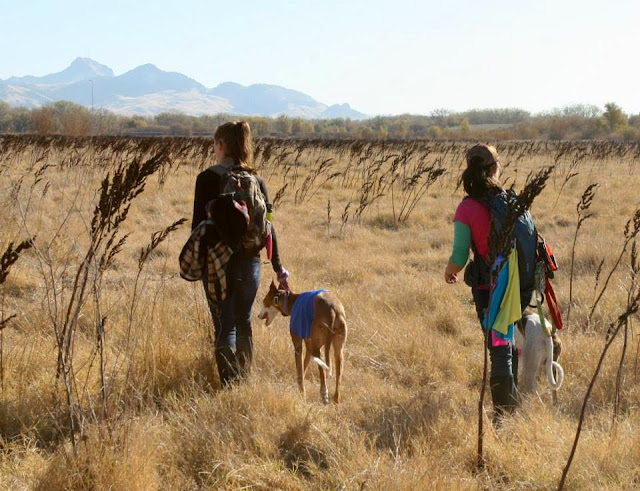 The Agars, Gil, Pi, and Peshamba, were drawn into a mixed rare breed stake alongside three Silken Windhounds and one Deerhound. As luck would have it, the mixed rare breed stake was drawn last, and with three other stakes ahead of us it was going to be a long day of walking before our dogs had a chance to run. 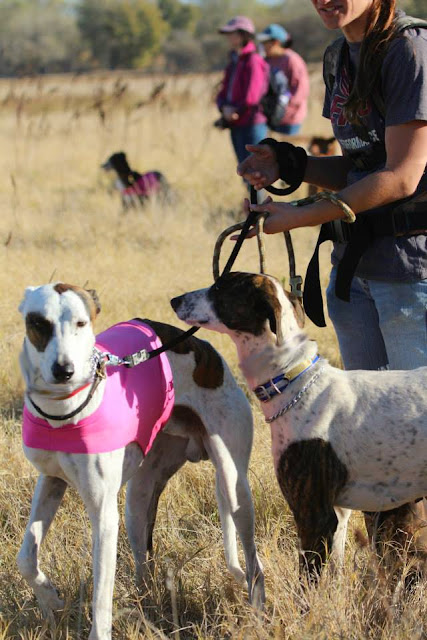 Since we had quite a large gallery, we worked the field using a double-ender to make sure there were no wasted hares. We managed to find five hares within a couple of hours, but with the cover being so heavy most of the courses were short tail-chases into a bush or scrub. In order to ensure that we finished before dark, we ended up combining the last two braces of rare breeds so that we would only have two prelims to run. So, in the first prelim we had Pi running with Falkor the Silken and Nacho the Deerhound, and in the second prelim were Gil, Pesh, Gita and Helios (both Silkens).

Pi's hare broke about ten feet ahead of us out of a pile of cut willows. Pi sighted right away and took off in a flash, followed closely by the Deerhound. The hare veered left with the dogs in pursuit, but quickly found cover in some nearby star thistle. Barely winded at all, Pi frantically searched around hoping to find his long-awaited rabbit, but to no avail.

Gil and Pesh's hare also broke about ten or fifteen feed ahead out of a tight cluster of star thistle. Helios the Silken got the best slip and led the first part of the run up until Gil caught up and did a go-by on him. Almost as soon as Gil passed Helios, the hare disappeared, leaving a bunch of confused dogs in its wake. 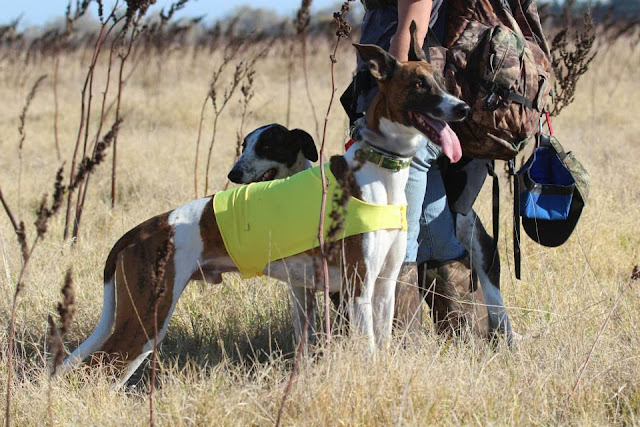 Gil, ever eager to find his hares
Photo by Alicia Kittrell

At the end of the day, the judge placed Gil first, Pi third, and Pesh fifth. He reasoned that given the short nature of the courses he had to find very small differences to determine the placements, and it was Gil's go-by that won him the top placement that day. As disappointing as the day was overall, I was glad that Gil was able to pull out a first place win the way he did. Just goes to show me that the "old man" still has the speed to lead in a run-up!
Posted by Stoutheartedhounds at 7:21 PM