Meanwhile at the races ...

The same day that Gil, Pi, and Pesh went coursing, my sister was busy running our club's sprint races. This year, we were approached by members of the American Basenji Club (ABC) about having a conformation fun match alongside the race meet. The ABC is an up-and-coming UKC club and they needed to host a fun show in order to become fully licensed by UKC. We gladly agreed to let them host the event with our races, and, not surprisingly, the sighthound group had the largest entry of all. 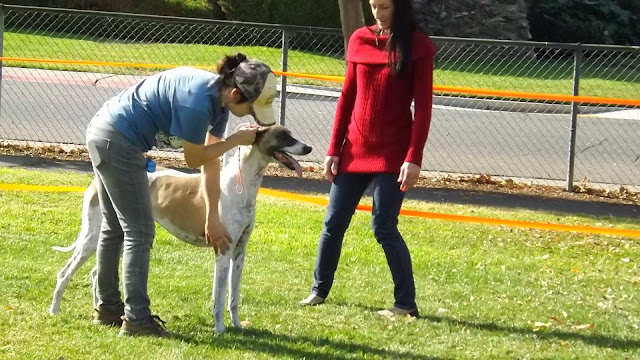 Luna in the ring
Photo by ABC photographer

Both Luna and Dude were entered in the show as well as the race meet; Luna ran some match races with Sophie the lurcher and Dude ran in the singles stake (more on that later). 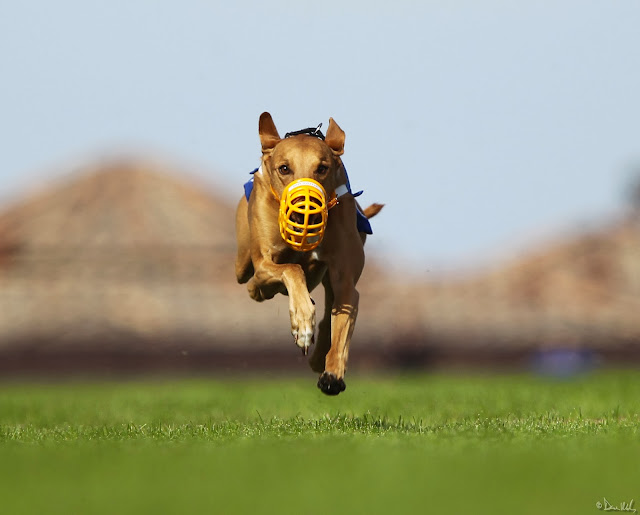 Dude has not been entered in a show since he was a puppy due to an odd phobia he developed. Since this show was being held for fun, Kyle and Rita decided to enter him to see how he would handle it. They kept everything very casual and low-stress, and he did very well considering how bad his phobia has been in the past. Hopefully with more careful exposure and positive reinforcement we can get him to improve even more. Luna ended up winning Best of Breed despite losing her head over having the race track so close by. Unfortunately she didn't place in group, but there was quite a bit of competition and with her not being on her best show behavior, we weren't surprised. 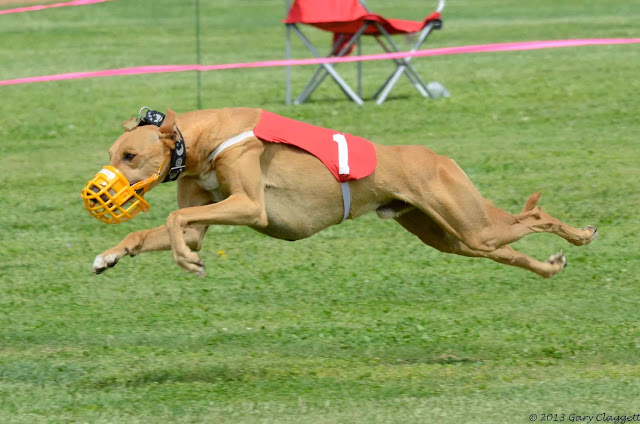 Dude running in the singles stake, 4/6/13
Photo by Gary Claggett

As mentioned previously, Dude ran in the singles racing division, which is something our club started this year for dogs who are either disqualified from regular competition, or who want to run schooling races with some level of informal competition. Dogs running in singles run alone, but they get timed with a stopwatch, which is what determines the final placements of the day. Unfortunately, Dude likes to play with his race-mates when he runs in regular competition, so the singles stake has been perfect for him. He has competed in the singles stake since it's inception, and he is usually one of the fastest dogs entered. On this particular day he had the fastest time out of at least a half dozen dogs -- 200 yards in 11.63 seconds! 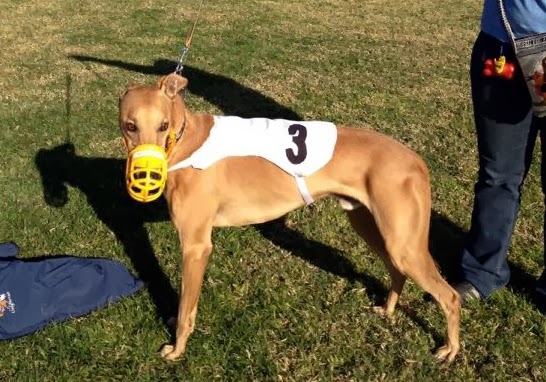 On Sunday, Gil, Pi, and Pesh returned for some racing so Luna didn't have to be all alone. After such a disappointing coursing meet the day before, they were very excited to get to chase the fake bunny! Pi was so excited he just couldn't wait his turn, and managed to break out of his expen TWICE to get to the lure *que the face-palm.*