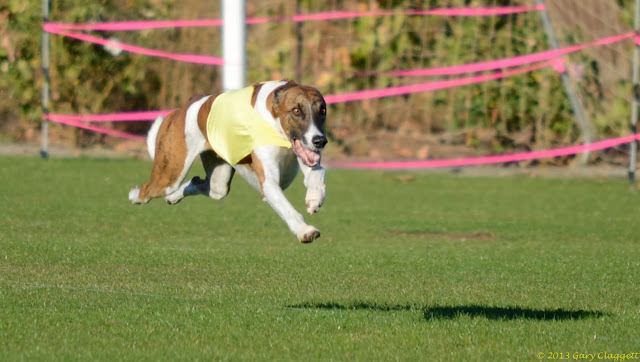 So as I said in the previous post, the specialty consists of two days; each day has a morning conformation show and a performance event in the afternoon. 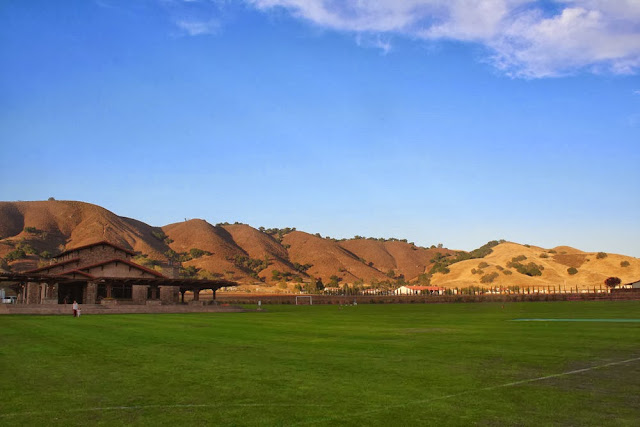 View of the field in the afternoon

The performance event scheduled for Saturday was an ASFA specialty lure coursing trial. We only had four dogs entered in the trial; Gil, Gator, Luna, and Peshamba. Unfortunately, Patti had sustained a toe injury at our last race meet, so she was unable to participate. I could have run Pi in the Singles stake since he isn't certified to run in the regular stakes yet, but I decided not to do that so he would be totally fresh for the sprint racing meet the following day.

The draw for prelims had two braces: first course was Gator and Peshamba, second course was Gil and Luna. The course plan was approximately 700 yards, and shaped kind of like an hour glass. Being a short course in a relatively small space, I wasn't sure which dogs it would favor. Gator and Luna tend to be sprinters while Gil and Peshamba tend to fair better over longer distances, so it was exciting to have one of each in both courses. 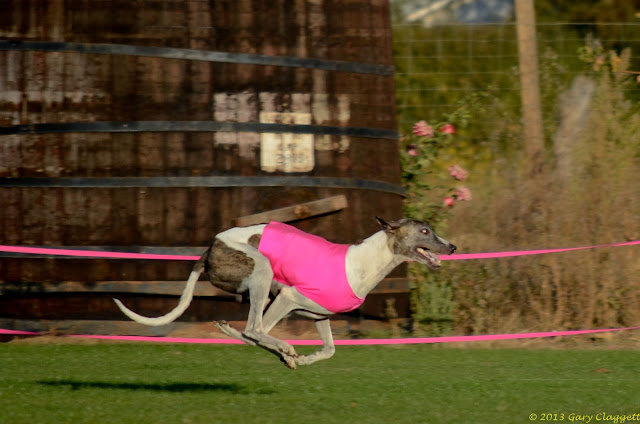 In the first prelim, Gator led the run-up (as I expected), but continued to hold onto the lead position
throughout most of the course. With Peshamba not being in top form it's hard to say if the outcome would have been different, but in the end Gator got the nod from both judges.

In the second prelim, Gil had quite a bit of a late slip, but he still managed to pass Luna and lead the run-up as well as most of the rest of the course. He stumbled a bit about halfway through, but didn't slow down at all. Even though he ended up with a prelim score only two points below Gator, I decided to scratch him from the finals so that he would have some energy left for racing the next day. 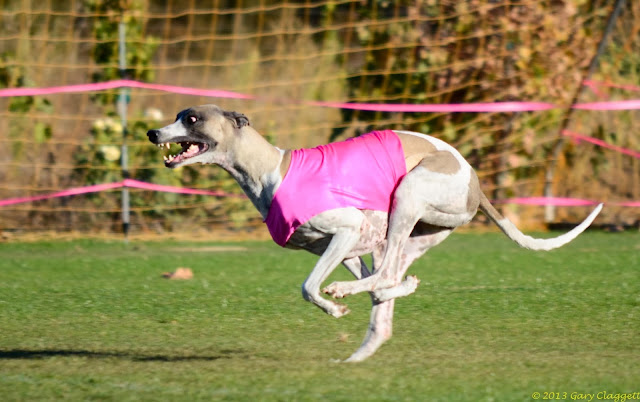 That left three dogs for the one finals course of the day. All three dogs got a pretty even slip, and to my surprise Peshamba managed to stay pretty close behind Gator, and at some times was also ahead of Luna. Both Gator and Luna got slowed down about halfway through the course when they overshot one of the turns, giving Pesh a chance to catch up and takeover for a few seconds before Gator caught back up to her. She tried hard to stay in the lead for the final leg of the course, but Gator pulled ahead at the last minute. Even so, she finished well and I was eager to see the final scores. 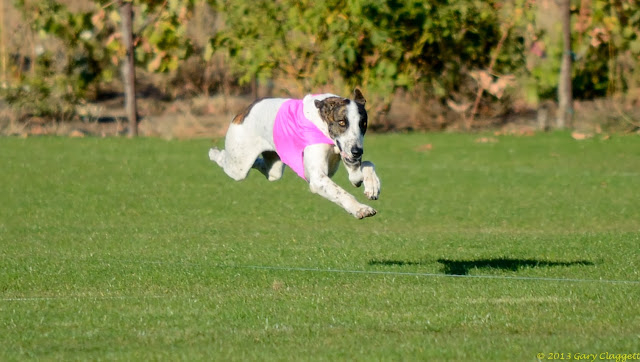 To be perfectly honest, I was surprised that Peshamba didn't score higher in the finals, but to be fair my vantage point was completely different than that of the judges. Gator took Best of Breed honors by a landslide, with Luna in second and Pesh in third. 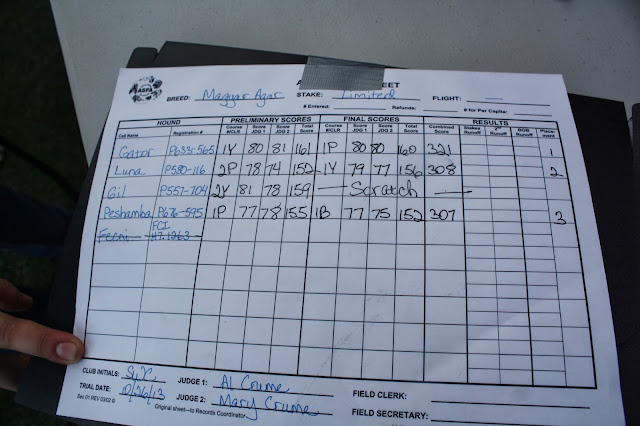 All in all it was a nice trial even with only four entries. The footing was great, the weather was cool, and all of the dogs came back sound! 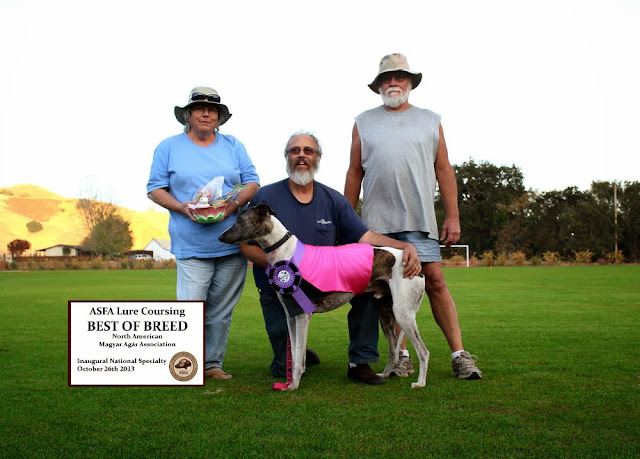 From left, Judge Mary Crume, Tom and Gator, and Judge Al Crume
Posted by Stoutheartedhounds at 9:19 AM