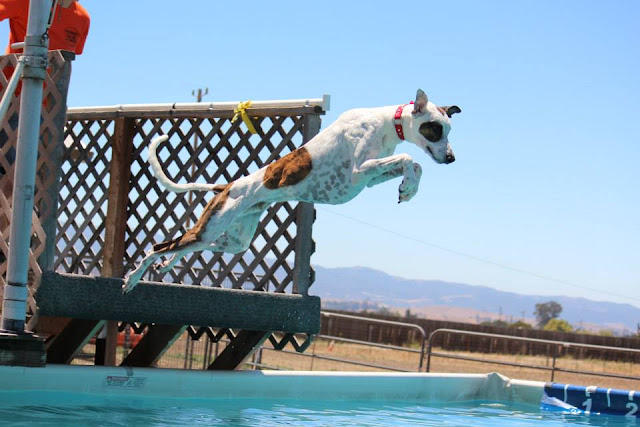 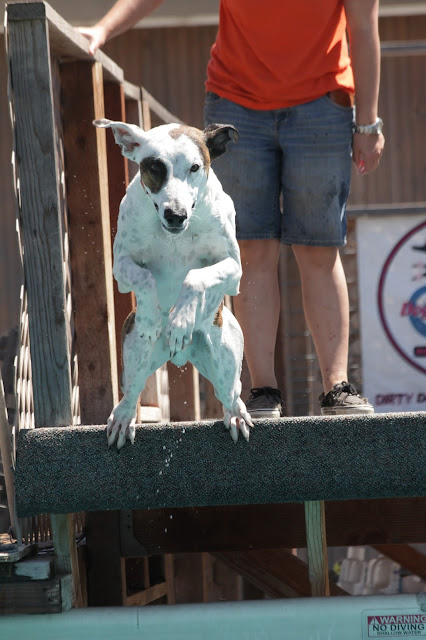 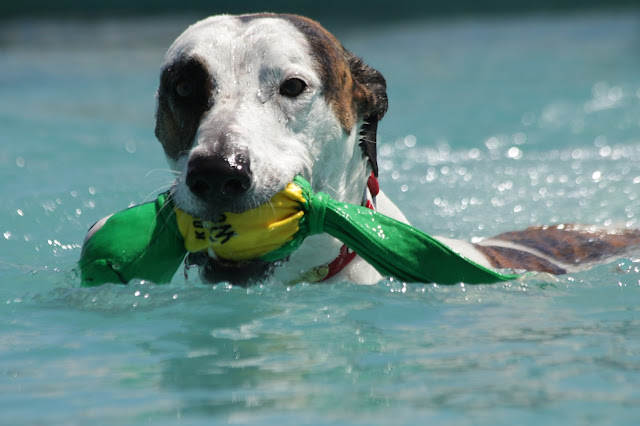 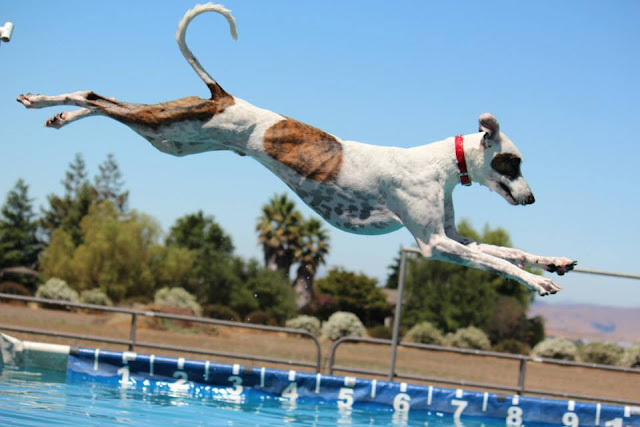 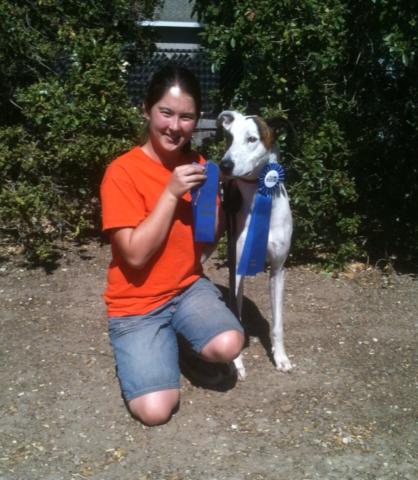 Pi jumped in two waves, with his longest distance being 9 feet 11 inches, just one inch below the junior level jumping division. That jump earned him first place out of three dogs in his division. Hopefully he will continue to improve, and of course, continue to have fun.
Posted by Stoutheartedhounds at 6:41 PM