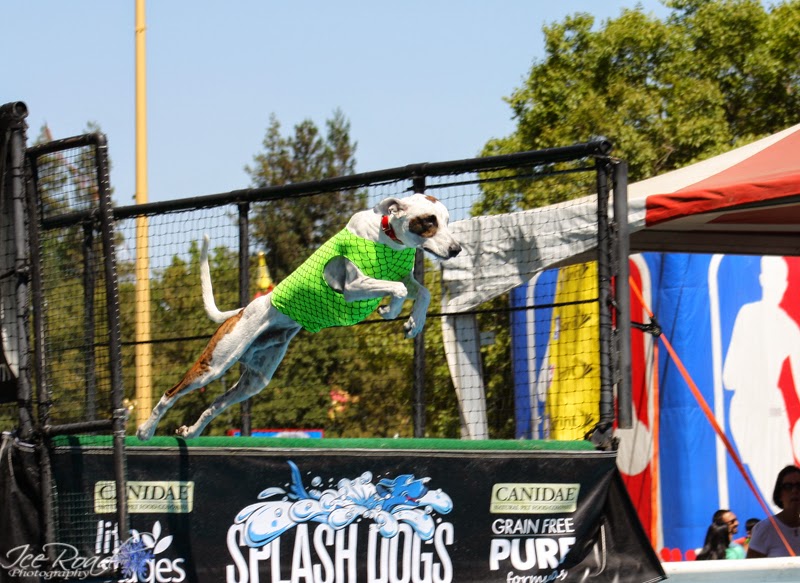 Apologies for the delay in reporting on this, but I recently finished taking the California Bar Exam, so between preparing for it and recovering from it I haven't had much time to post to the blog.

Anyway, there's not much to say in this post other than that Pi had a really awesome time at the CA State Fair Splash Dogs event. We were only able to attend the last day, but that was okay with me because the last day is the day for the finals competition, and if Pi could qualify I definitely wanted to jump for that. 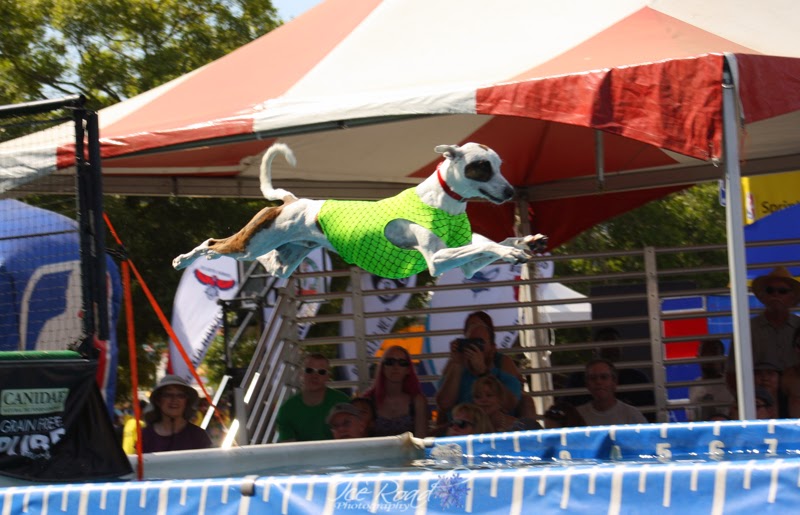 He started out the day doing some pretty mediocre jumps, which was partly my fault because I didn't throw the toy far enough. With the way he's been jumping between the junior and senior divisions I was worried he wouldn't qualify for finals, but he just managed to get in for the senior finals (yay!). 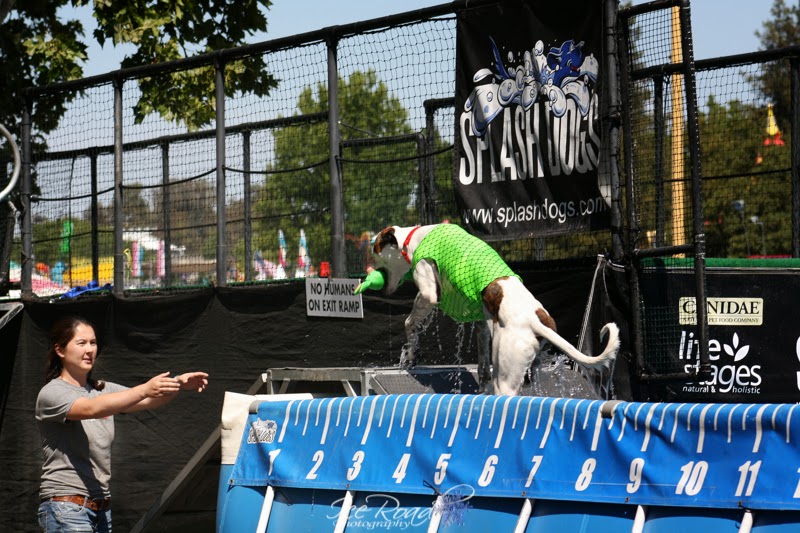 When our time came to do the last two finals jumps, I don't know what came over him, but Pi broke all his personal best records with a whopping 19 foot jump!!  Just to put that into perspective, his personal best up until that time had been 16 feet. He improved by 3 feet, putting him into the Semi-Pro division. As the day had gone on, he was hesitating less and less, and by the time finals rolled around he didn't hesitate at all, at least not that I could tell. I hope that this event was not just a fluke and that he will continue to jump without hesitation. If he keeps it up he should be jumping at the highest level possible soon enough.

Posted by Stoutheartedhounds at 11:15 AM