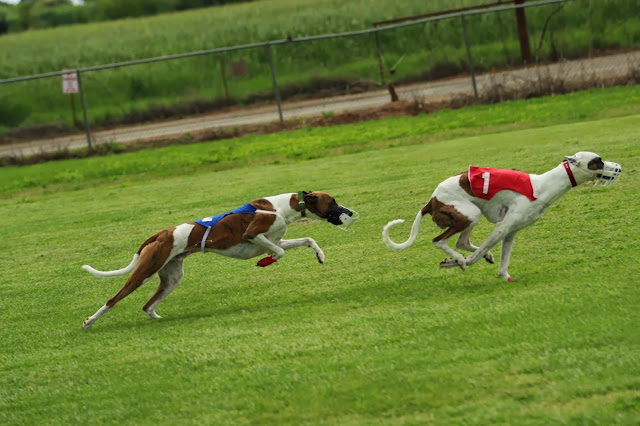 We had four Agars racing on Saturday: Gil, Pi, Gator and Patti. In the first program, Pi came in a clear first followed by Gator and then Gil for a very close second/third respectively, and then Patti in fourth. I thought it was odd that Pi finished so far ahead of the others, but I chalked it up to either a preslip on him or a late slip for Gator and Gil. The second and third programs were more consistent with what I would expect; Gator clearly in first with Pi and Gil competing for second and third. At the end of the day when all scores were tallied, Pi ended up taking second place in the meet and earned his first GRC and NRC points. Unfortunately, Patti came out of the third program with one very fat toe and another toe with a swollen knuckle joint. Hopefully with some rest and a little TLC she will recover and be able to finish out the season.
Posted by Stoutheartedhounds at 10:22 AM