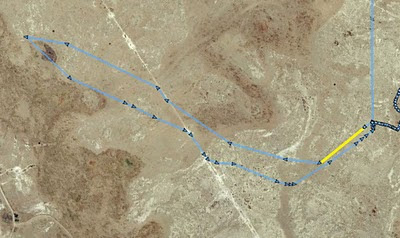 The most important point to be taken from this is that it gives one a realistic view at how real rabbits run in their natural habitat. Lure coursing is held by many to be an adequate or even exemplary simulation of hare coursing when, in truth, most lure coursing plans do not even come close to simulating the natural course a hare would take while being pursued by a predator (be it dog, coyote or falcon). As a result, lure coursing can only give us a limited indication as to how well our dogs are fulfilling their original function. My hope is that we can start to use technology like this to create better lure coursing plans so that we may improve the ability of those who do not have access to open field coursing to test their hounds' skills in the field.
Posted by Stoutheartedhounds at 2:26 PM